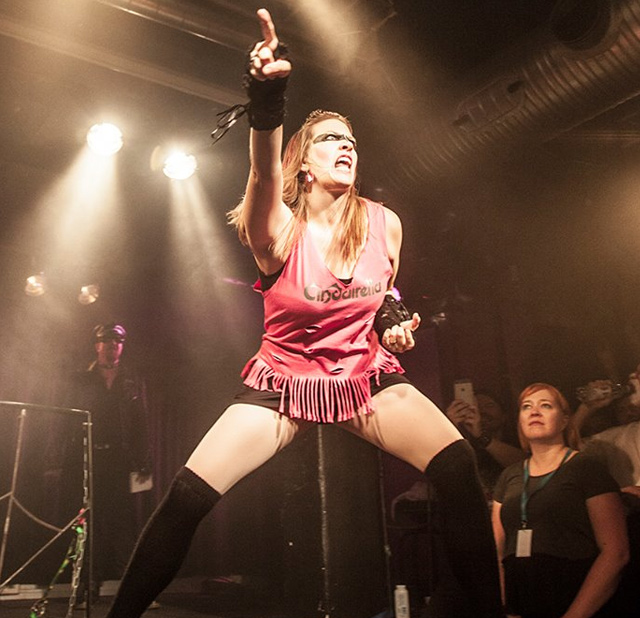 THE CHAMPION OF CHAMPIONS CHAMPIONSHIP!

Due to the ongoing global pandemic, this year, in lieu of a live event, and in honor of our quarter-century history, The Air Guitar World Championships will host an online Champion of Champions Championship on Friday 27th of August, beginning at 8 pm EEST (Eastern European Summer Time) on Twitch.

An esteemed international panel of judges will act as air-judicators, watching and commenting on videos of performances stretching back to the early years of AGWC. Performances will be judged on our traditional 4.0–6.0 Olympic figure skating scale, and will be scrutinized in terms of technical merit (how much does what the air guitarist is doing resemble guitar playing), artistic impression (building up the drama, creating a story, holding the tension throughout the whole performance) and Airness (the extent to which an air guitar performance exceeds the imitation of guitar playing and becomes an art form in and of itself).

What’s at stake? Primarily, bragging rights: Who will be crowned the Best Air Guitarist of the past 25 years? The Airiest of them all?

The Master of Airemonies for the online event will be none other than the perennial bridesmaid and éminence grise of global competitive air guitar, Björn Türoque – star of Air Guitar Nation and author of “To Air is Human”.

Details about our celebrity judging panel and Twitch login information shall be forthcoming.
In the meantime, for the sake of the planet and humanity: MAKE AIR, NOT WAR!