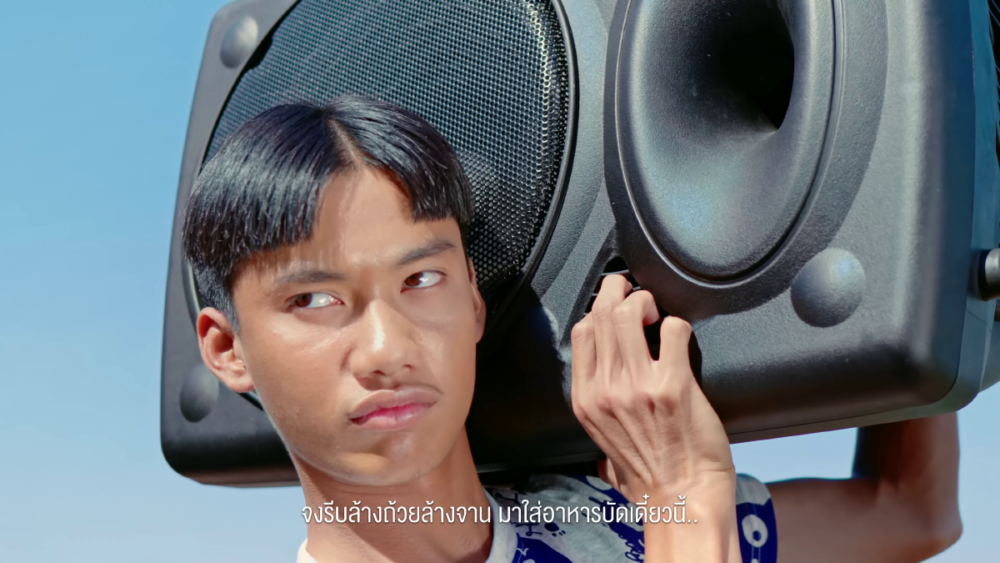 The Air Guitar World Championships joins forces with OMVF yet again! Northern oddity merges with the international atmosphere at the AGWC: Letting Loose -screening, curated by a group of air guitar organizers from all over the world. Unheralded music video gems that you’ve most likely never seen before shall be included. Curators Jacob Conger and Kriston Rucker are giving us a little sneak peek of their picks for the screening.

JC: First two of my picks are fun and upbeat songs are Isan style. Isan style music is from the north of Thailand, which borders Laos. This first selection roughly translates to “Mom told Mario to wash the dishes”. The concept is that Mario thinks it’s lame his mom asks him to wash the dishes and she thinks it’s lame that he avoids it. It’s a very funny video with a few great Thai guitar licks. This next selection’s title is not a Thai word, it’s a nonsense word. “Maling Kingkong” is an older song that was remade which has launched into an online sensation. It is a popular meme on TikTok not only in Thailand, but most of South East Asia, particularly in Malaysia and the Philippines.  The story in the song is about a boy who likes a girl, but doesn’t do anything to win her affection, so his heartbreak is his own fault. This once again falls into the theme of LAME and has some fun Thai guitar lines. The third selection is a rock song called Red (Daeng) and Green (Kiew). The title is nicknames of two young men who fight over a girl. Their battle results in both their deaths, leaving everyone heartbroken, especially their parents. This is a very powerful song about the message of why we should not be fighting each other and how important family is. Plus, it totally ROCKS!!!!

KR: I’m afraid there’s not a whole lot to it beyond the brief (to pick videos that were so awkward they’re cool). Selection came from me as well as Hypes, who’s MC for US Air Guitar. We generally picked older 70s and 80s songs that could be construed either awful or wonderful, depending on your taste or mood. Also the picks feature guitar prominently and exude the awkward nonsencicality of early music videos.