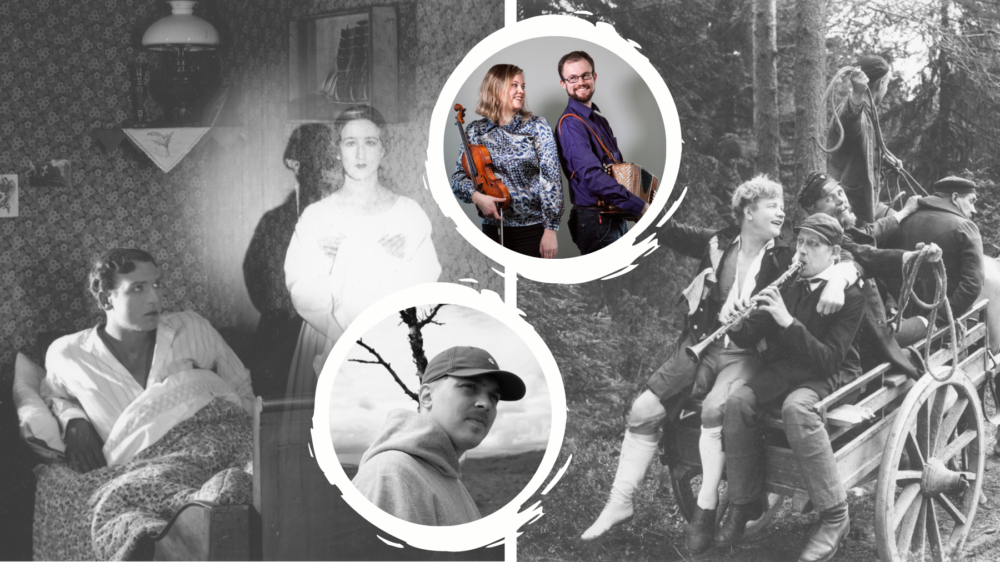 The first concert takes place on Friday, August 19 at 19:00 in Valvesali, Oulu. The film Meren kasvojen edessä (In front of the Face of the Sea) is a mystery story taking place in Finnish archipelago. Horror elements and eerie dream scenes create the film’s ominous atmosphere. It was the most watched film in Finland in 1926 when it was released.

The music is composed and performed by the composer and sound artist Joona Hiltunen, whose work with sound is characterized by electronic, haziness and sample music. He’s been inspired by the tormenting ignorance and aggression in the film, in addition to the chemistry between the characters.

The second concert on Saturday, 20 August at 18:00 takes the audience into very different atmosphere in Sykesali, Kiiminki. The film is a silent comedy Nummisuutarit (Heath Cobblers), which is based on the play by the same name by the Finnish national writer Aleksis Kivi. The film tells a story of village cobbler’s son Esko’s unfortunate wooing trip and how he swears never to marry.

The film is accompanied by the folk music duo Katri Haukilahti, violin, and Sampo Korva, harmonium from the folk music band Tallari. Tallari’s mission is to make Finnish traditional music known, performing wherever there is a need for music.

At Ticketmaster, a processing fee and an order fee are added to the price. No fees are added at the Cultural Centre Valve Ticket Office. Tickets can also be bought at the door one hour before the screenings. Tickets from the online store via this link.